Medieval Rome was like no other city in Europe. It was larger than any of them—in area, in population, and in fame, as its ancient glory was known to nearly everyone in the medieval world. The city was, however, unmistakably changed from its ancient past. Within the walls there were decaying hulks of abandoned ancient buildings, fields and animals in what had been paved courtyards and Fora, and orchards growing where porticated columns had stood.The imperial-period city had pleasure gardens and leafy suburban retreats, and agriculture was relegated to suburban market gardens. By contrast, in the early medieval city houses often had extensive kitchen gardens, vineyards and orchards, and there were fields for wheat and barley within the city walls. From Rome, there is considerable evidence for the practice of urban gardening, a practice long overdue for analysis. This paper will review the recent archaeology of the city and its agriculture as well as the documentary evidence from the age of Gregory the Great to ca 1100, revealing the social and political aspects of urban gardening and assessing their significance for the city, its architecture and urbanism.

IF YOU WISH TO ATTEND, PLEASE REGISTER BY FOLLOWING THE LINK BELOW:

FOR MORE INFORMATION ABOUT THIS SERIES, SEE: 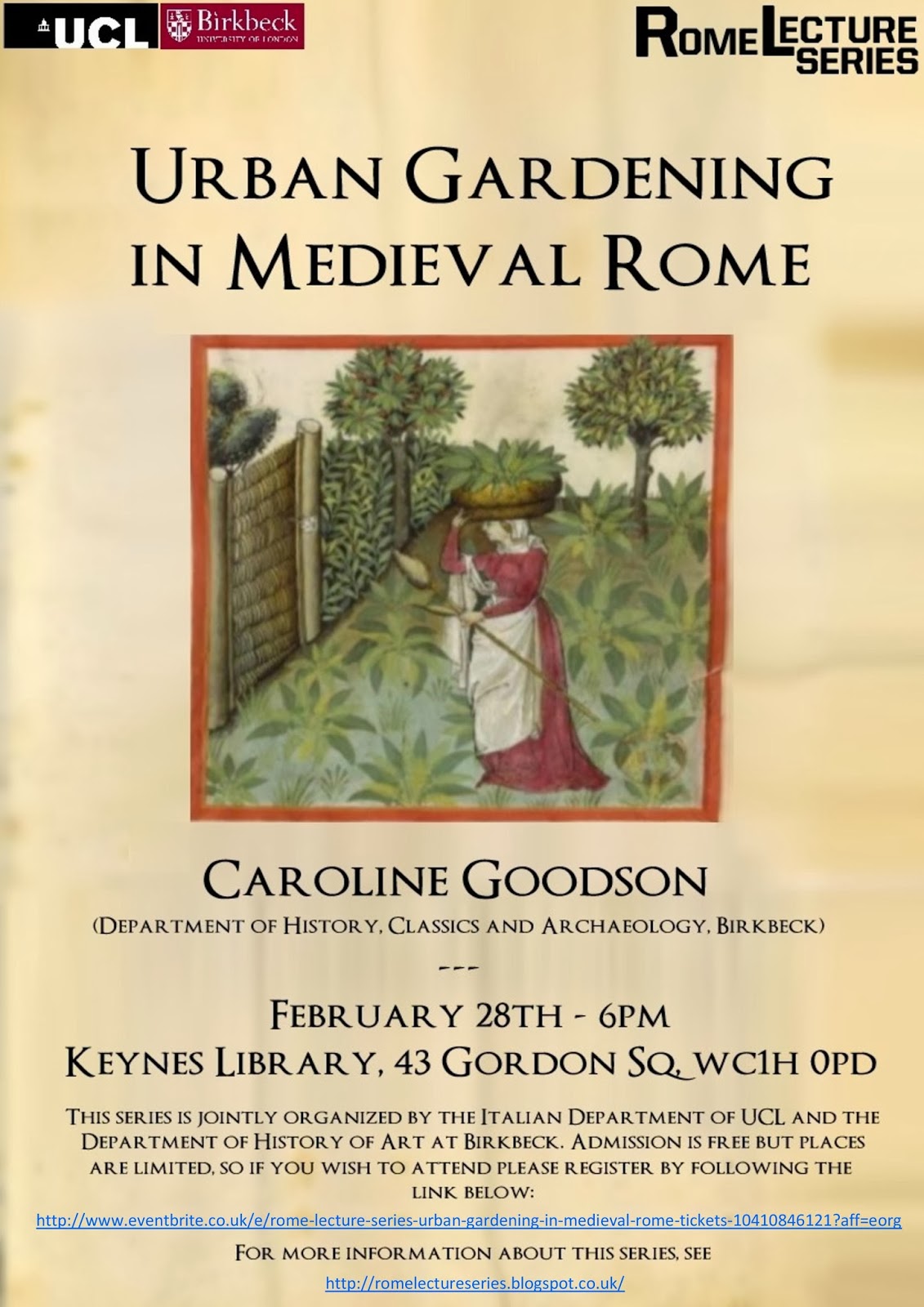 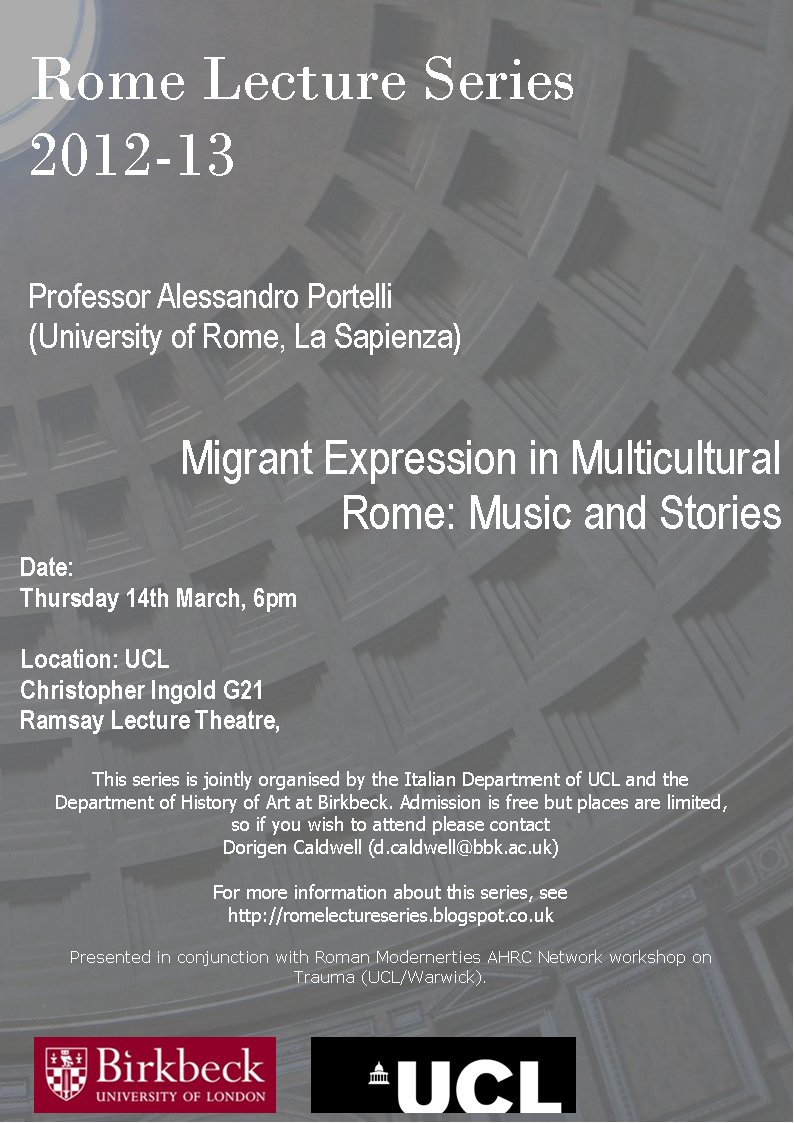 Alessandro Portelli has recently retired from teaching American Literature at the University of Rome La Sapienza. He is the author of a numer of books and essays in oral history, music and literature (including the recent They Say in Harlan County: An Oral History). A former advisor on public memory to the Mayor of Rome, he is the founder and chairperson of the Circolo Gianni Bosio, an independent research organization on music, oral history and popular cultures.
Posted by Unknown at 04:40